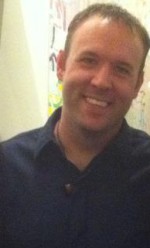 I believe that NovelRank authors will support the things they value, so I’ve decided that from now on there would only be one donation drive a year. Prove me right.

NovelRank is the creation of one individual, but benefits many authors worldwide. It costs over $1100/year in server costs just to keep things running. In the last year, NovelRank has kept pace with new worldwide domains to allow you to get a better idea of how your titles are doing in multiple Amazon sales regions. It has also added new CSV exports, added book cover image zoom, and fixed bugs reported by users. NovelRank is a solid source for you to maximize your marketing efforts and keep enjoying being an author. However, to keep this site free and keep improving it with new features, I need your support.

Here is the best part: By making any donation, even something as small as $5, puts you into a drawing to have your book featured on the website. Donate $25, $10, $5, or even make a total donation that equals $1 for each book you track. I’ll draw 15 email addresses from the supporters, and they will be contacted to identify the title they want to be featured on the website. It is my hope that this drawing will encourage more individuals to make donations and provide enough support to keep things rolling.

Finally, the Featured Books section on the TRACK page (highest traffic page on the website) are reserved for donations over $100. It’s a special thank you for those that are able to give more, so I’m offering them a little more.

Optional: Use the NovelRank Supporters Amazon Wishlist and send me an email.

Thank you in advance for supporting the site.

A note about recent donations: 7 titles have been ‘held over’ through the rest of 2012 due to high enough donation level (per previous donation drive rules) and being caught in-between the regular schedule. These are already in rotation as a thank you for their support.