Did you know that when you decide to shop on Amazon for the holiday season, you can support NovelRank by simply clicking one link before you start searching and shopping on Amazon.com. It’s really simple, and it costs you nothing.

Simple use this link to go to Amazon.com: http://bit.ly/novelrank

Once there, search and add to your cart as normal. When you checkout with your purchase, nothing will be different for you, however Amazon will pay a small percentage to NovelRank for the affiliate link. It’s really simple and helps keep the articles coming and the servers running, supporting this free service.

So remember, before shopping this holiday season, click this link first: http://bit.ly/novelrank

Note: If you are based in Canada, the UK or Germany and will be using Amazon for your shopping, here are your links:
Amazon.ca
Amazon.co.uk
Amazon.de

As of this morning, March 8th, Amazon has announced that they are closing Amazon Affiliate accounts for Colorado residents in reaction to a new state sales tax law enacted on February 24, 2010. While users may not be aware, I’m a Colorado resident, and the Amazon Affiliate program is how NovelRank survives as a free service for authors to track their sales rank. The program pays a small percentage fee to me when anyone purchases any product on Amazon when clicking through NovelRank book links to Amazon pages. This costs the buyer nothing at all.

Amazon Affiliate payments were covering the website hosting costs for running the service for a total cost of $348 a year, but did not cover the 217+ hours I have spent building and improving NovelRank. I LOVE doing NovelRank, but this is really really bad as the hosting costs are now an out-of-pocket financial cost for me. I’m scrambling to try and get around this (or hope that Colorado law makers repeal the law and thus Amazon reinstates the Associates account). Till then, thank you to the two individuals who have donated directly to support NovelRank, and if you are able and wish to, a small donation would go a long way in allowing NovelRank to continue serving you (I have a lot of books to giveaway!).

The full email I received this morning:

We are writing from the Amazon Associates Program to inform you that the Colorado government recently enacted a law to impose sales tax regulations on online retailers. The regulations are burdensome and no other state has similar rules. The new regulations do not require online retailers to collect sales tax. Instead, they are clearly intended to increase the compliance burden to a point where online retailers will be induced to “voluntarily” collect Colorado sales tax — a course we won’t take.

We and many others strongly opposed this legislation, known as HB 10-1193, but it was enacted anyway. Regrettably, as a result of the new law, we have decided to stop advertising through Associates based in Colorado. We plan to continue to sell to Colorado residents, however, and will advertise through other channels, including through Associates based in other states.

There is a right way for Colorado to pursue its revenue goals, but this new law is a wrong way. As we repeatedly communicated to Colorado legislators, including those who sponsored and supported the new law, we are not opposed to collecting sales tax within a constitutionally-permissible system applied even-handedly. The US Supreme Court has defined what would be constitutional, and if Colorado would repeal the current law or follow the constitutional approach to collection, we would welcome the opportunity to reinstate Colorado-based Associates.

You may express your views of Colorado’s new law to members of the General Assembly [ http://www.leg.state.co.us/Clics/CLICS2010A/csl.nsf/directory?openframeset= ] and to Governor Ritter [ http://www.colorado.gov/cs/Satellite/GovRitter/GOVR/1177024890452 ], who signed the bill.

Your Associates account has been closed as of March 8, 2010, and we will no longer pay advertising fees for customers you refer to Amazon.com after that date. Please be assured that all qualifying advertising fees earned prior to March 8, 2010, will be processed and paid in accordance with our regular payment schedule. Based on your account closure date of March 8, any final payments will be paid by May 31, 2010.

We have enjoyed working with you and other Colorado-based participants in the Amazon Associates Program, and wish you all the best in your future.

Update: March 12, 2010 7:14 AM
No movement from Colorado Legislature. NovelRank isn’t going away, even if it is out-of-pocket, it will be here for at least the rest of 2010. I’m working with family to move affiliate revenue to one of them in the state of Florida. It’s a ridiculous burden, but it will work. Thanks for the kind emails and the donations that have been made.

It amazes me when I see a link from an author to their book on Amazon without attaching a personal affiliate tag. Sure, sometimes it’s hidden behind a shortened URL, but other times it is completely absent from the link. It’s critical to understand one thing:

Amazon Affiliate tags allow you to earn a minimum of 4% on all sales of your book through that link. On a $10 book that is 40 cents. Sell multiple books per month through that link and it can become 6.5%. In the UK the rate starts at 5%.

If you are a self-publishing author, it’s likely that a sale on Amazon is not generating as much revenue as a sale on the self-publisher’s webpage, but buyers buy where they choose, and sometimes Amazon offers a better deal (in price or shipping). So, it’s imperative you maximize your revenue while still offering the best options for your readers. 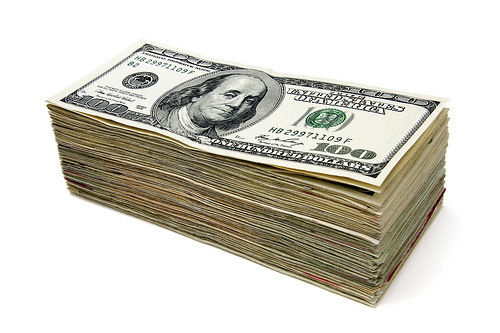 So how do I get started

Get a blog or website setup for your book. It’s easy and can be free. You can setup a blog at Blogger.com or WordPress.com completely for free. You can get more instructions in an article on The Creative Penn, “How do I setup my own blog?“. If you are more technical or want some more fine-tuned control, you can setup your own dedicated website on a shared hosting site like Dreamhost for less than $10 per month. Dreamhost offers a one-click WordPress blog install and even has web hosting coupon codes available to save you $50.

Getting your affiliate code

The next step is to get signed up for the affiliate program on Amazon, starting with the Amazon.com Affiliate Program website. The website will walk you through everything and provide you with a code that ends in -20 (for the US region). It will also unlock a status bar when you browse amazon that allows you to easily create a link to your book that includes your affiliate code. However, to maximize the benefit for your readers and for your revenue, you need to also setup your affiliate code from Amazon Canada Associates and Amazon UK Associates.

How do I get paid?

If you’re located in the US, Amazon US will pay you via Direct Deposit or Amazon Gift Card. Canada and the UK will mail you a check once you have earned over $50 Canadian or £100 British Pounds. Be advised that you will need to provide your social security number to Amazon so they can provide payment to you.

What’s the best way to ‘sell’ the book on your blog or website?

Put up a cover image of your book along with your title and a brief description. Create a dedicated page for purchasing the book. Provide links with current prices (and any coupon codes!) to numerous sites so your readers can shop at their preferred vendor. Make sure your links are built with your affiliate tag with the help of the affiliate websites so you can get your small percentage on the sale. Remember, if you only sell 1 book it won’t matter, but selling 1000 will suddenly mean $65 or more in your pocket. Here’s an example book purchase page on a dedicated website.

Why should I bother making an author or book blog?

Control your destiny, market your own book. It’s critical that whether you self-publish or have the promotional arm of a publishing company that you contribute to the marketing efforts by making you and your book visible on the web. Allow readers to find your book, understand its contents, get a personal connection to you the author, and even preview the book through Google Book Search or BookBuzzr (more info on this in a later post). Anything you can to make your book more present on the web and you as an author more visible can only better your future as a writer and increase your book’s sales.
Don’t take my word for it, check out what The Creative Penn has to say in 10 reasons to blog.